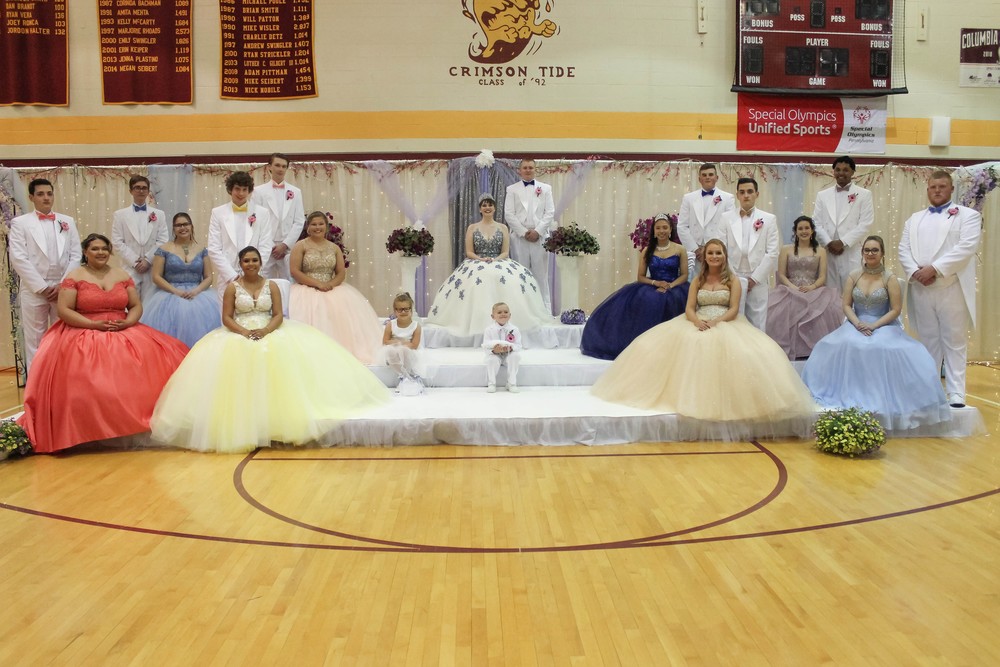 May Day has been celebrated for thousands of years throughout diverse cultures. It is traditionally a day to welcome the warmth and beauty of the spring season. During the first weekend of May,since 1945,the coronation of Columbia High School’s May Queen has been celebrated. Eight senior girls were nominated by the senior class and the May Queen, Grace Misciagna,was chosen by a vote of the students in 10th, 11th and 12th grades. The May Princess,Victoria Martinez,was nominated by the freshman class and was chosen by a vote of the students in 7th, 8th and 9th grades. During the ceremony the May Court is presented with various forms of entertainment which usually includes singing and dancing. The entertainment is provided primarily by students from the Columbia Borough School District.The final entertainment for the court is the May Pole dance.This dance is performed to honor the ancient deities of new life and flowers. As part of the original May Day celebrations a tree was cut down and decorated with ribbons that stream from the top. The tree was then danced around weaving the ribbons until the pole was covered with bright colors. The ceremony concludes with the members of the May Court dancing a waltz. 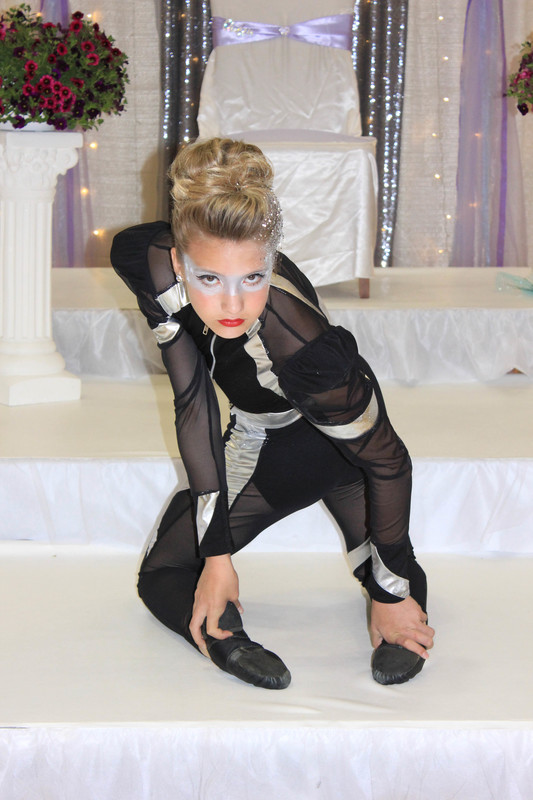 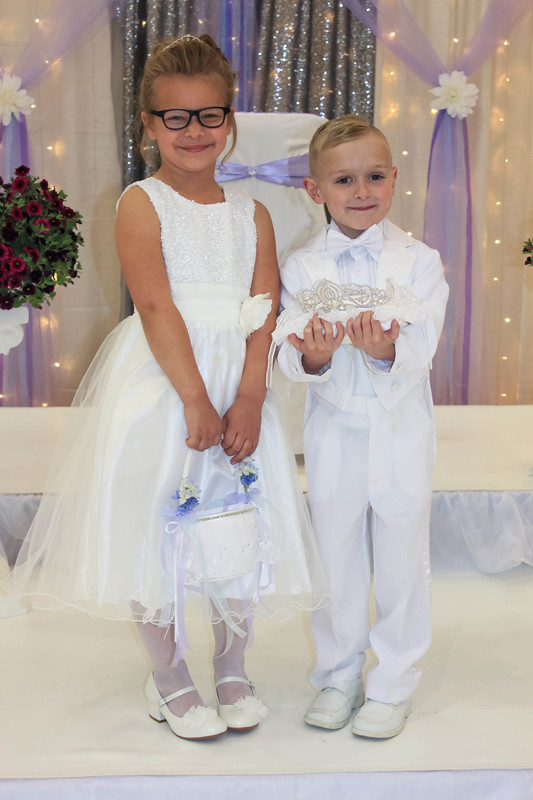 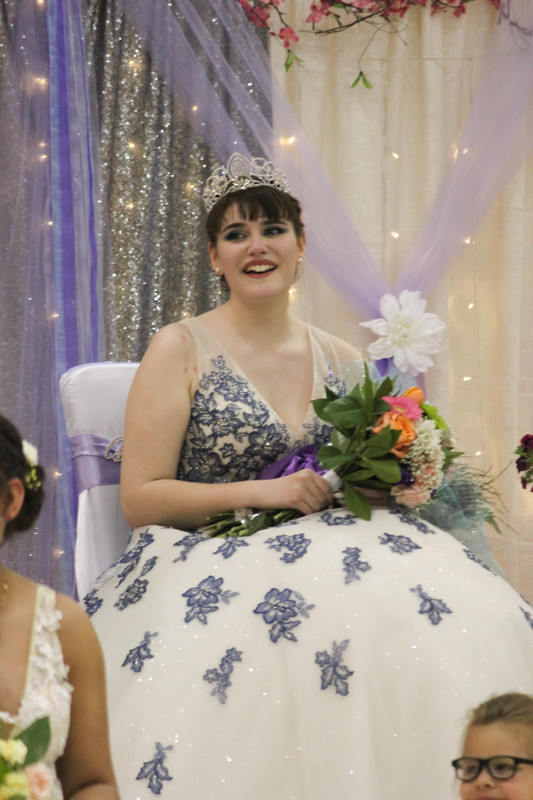 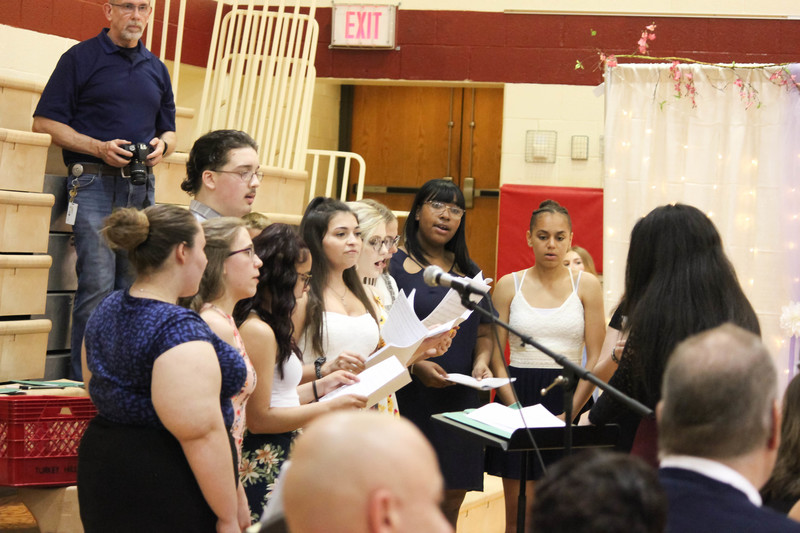 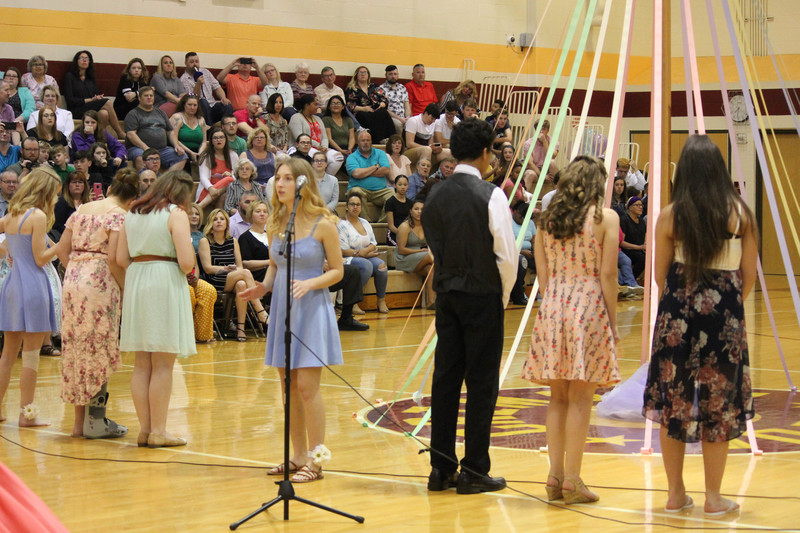 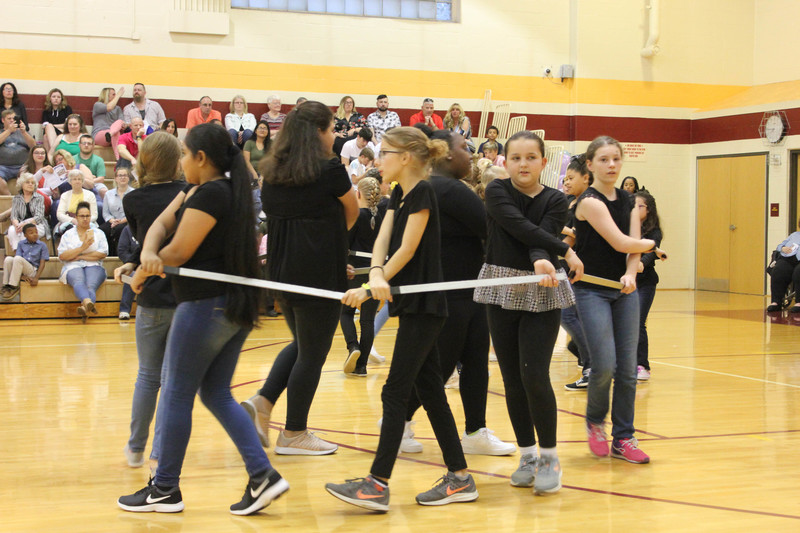 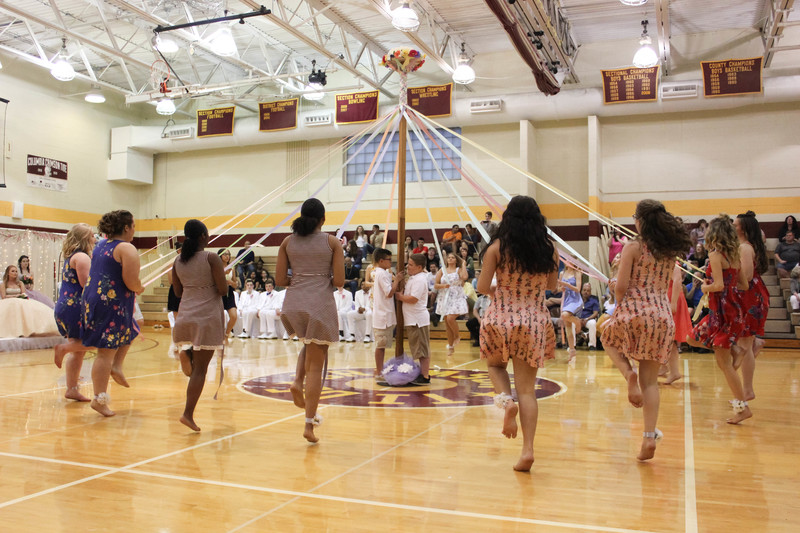 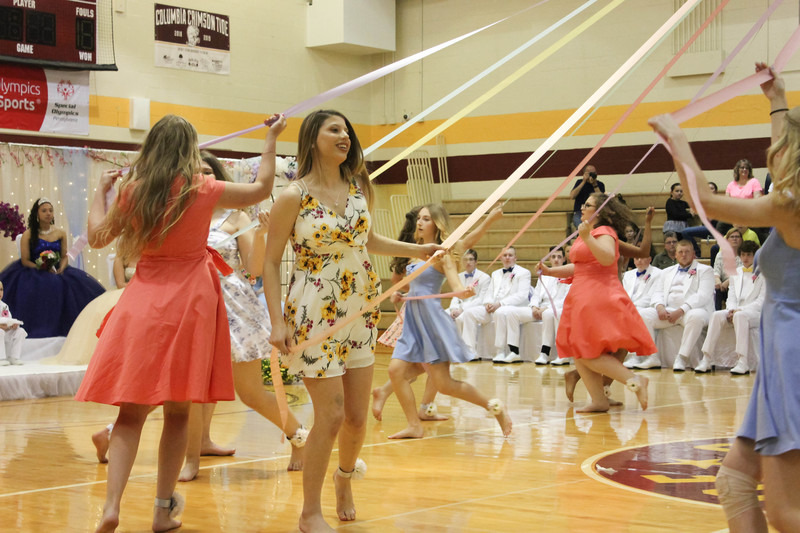 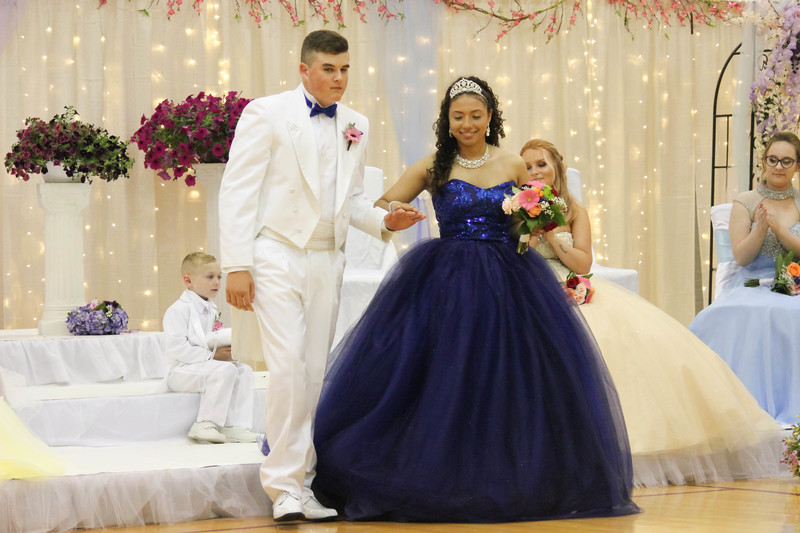 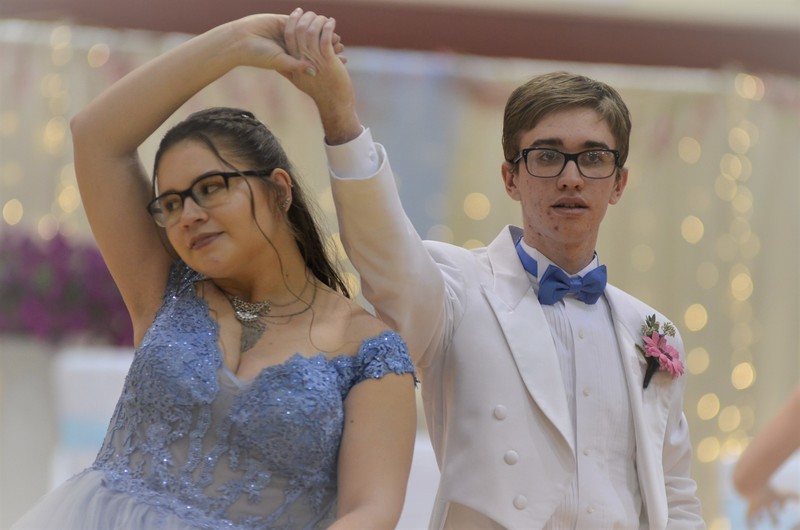